WIEMSPRO SL in the ICEX Next Program, has had the support of ICEX and the co-financing of the European ERDF fund. The purpose of this support is to contribute to the international development of the company and its environment.

Everything you need to know about scoliosis

BE THE FIRST TO KNOW!

Back pain is one of the leading causes of absenteeism. This illness, in many cases, is a problem caused by scoliosis. We are going to explain what it is, its classification, how to spot it and what to do if you suffer from it. Let’s begin!

This name refers to the lateral deviation of the spine. It usually occurs in the growth phase before puberty. In fact, about 3% of adolescents suffer from it. In other cases, it is also generated by illnesses or disorders such as muscular dystrophy and infantile cerebral palsy.

Visually, an evident lateralized curvature can be seen in the sufferer. It can be in the form of an ‘S’ or a ‘C’. In any case, the upright characteristic of a healthy back disappears. In the worst cases, the vertebrae also end up rotating and take on the appearance of a human corkscrew.

In this sense, it’s important to understand that the spine is made up of many bones or vertebrae, which are held together by an elastic tissue known as cartilage. As a result, it is flexible and able to perform its functions: balance, bending, walking and stretching, for example.

Specialists differentiate the severity of this problem according to the deviation of the spine, measured in degrees. Therefore, you can tell the difference between:

In everyday life, slight curvatures in the spine do not usually cause major discomfort. However, there’s a chance that they may worsen, so it is advisable to keep them under control and work to alleviate them. When it comes to major deviations, the consequences are indeed dangerous. Among others, these negative effects can be produced:

Depending on its classification, there are three types:

Finally, depending on where it is located in the spine, we can differentiate between lumbar, dorsal lumbar, dorsal, cervical dorsal or cervical scoliosis.

It is not always easy to detect this problem, especially when the deviation is minimal. However, the opposite can also occur: its effects will tilt the body to the right or left in a noticeable way.

Other visible details that may suggest the presence of scoliosis are having one shoulder higher than the other or the rib cage protruding more on one side when bending over.

At the slightest suspicion, or even as a preventive measure, it is advisable to have your spine checked regularly by a medical specialist to determine the condition.

On the other hand, once detected, observation is the usual treatment for scoliosis in mild cases. When the affected spinal curves do not present a risk of worsening or have demonstrated a favorable history after growth has stopped, these routine medical check-ups are the best route to follow.

How to treat the illness?

We have just mentioned that medical observation is the first treatment to follow in mild cases. Keep in mind that, above all, the possibility of worsening occurs while your bones are still growing. Once they are no longer growing, it is normal for everything to remain as it is.

But what can be done if the problem is more severe or involves risks for the future? Which medicinal remedies are usually applied?

When health care professionals believe that your spinal curve is at risk of getting worse, if it is currently causing you problems, or if it’ll cause you problems in the future, you’ll most often have to wear a back brace for the duration of your growth. It is usually recommended when the spinal curvature is between 25 and 40 degrees in people who are still growing.

The truth is that it won’t solve the problem, but it will prevent it from getting worse and the curvature continuing to increase. Its function is basically to support your spine so that it does not continue to deviate.

Since there are different models and variants of specific braces, you will have to follow the directions that your medical team give you. The specialists will determine which one is best depending on the deviation of your spine. In taking their decision, they will also take into account which is more comfortable and functional for you. They will also decide how many hours and at what times of the day or night you’ll wear it.

Therefore, it’s best to focus on communication, explain the situation to doctors and what your favorite activities are to facilitate their decision making.

In the most extreme and problematic cases, surgery becomes the final alternative. In fact, it’s essential when the curves of a mature spine in terms of the bones exceed 45 degrees. And above all, when using a brace has not helped.

The aim of the surgical intervention is, firstly, to prevent the curvature from increasing and, secondly, to correct the deformity produced.

The most common operation among adolescents, known as spinal fusion, involves straightening the spine as much as possible. To keep it that way, screws and metal rods are inserted. Next, the surgeon makes a bone graft to link several vertebrae together. The goal is to keep the existing curvature from degenerating. A year or so later, the vertebrae should be fused and the rods would then no longer be necessary. However, they are not problematic and so are left there to avoid re-operating on the patient.

After successful treatment and, of course, in mild to moderate cases, those affected can lead a normal life. They don’t even have to give up physical activity.

It is essential, however, that during childhood and adolescence the necessary care is taken to prevent the degeneration from continuing once growth has stopped.

Do you want some good news? There are sports that are especially recommended to compensate for the curvature of the spine. Which do you like most?

As you probably know, swimming is good for any bone condition. Except for butterfly stroke, which includes aggressive movements, swimming is perfectly suitable, especially front crawl and backstroke. If you get into the habit of going to the pool regularly, you’ll strengthen and tone your paravertebral muscles, while at the same time do an activity that helps your back to stretch.

There are many benefits to electrostimulation. As specialists in the field, it’s something we’re fully aware of: we dedicate ourselves to sharing these facts and passing our experience on.

One of its most valuable applications is to specifically complete scoliosis exercises with this technology. Electrostimulation of the back has shown great efficacy in the reduction and elimination of all kinds of pain in this area of the body. Significant results are usually visible from the second to fourth week onwards.

When it comes to lumbar curvatures, this method helps to alleviate the discomfort. Consequently, it helps to improve the quality of life of those affected, toning and strengthening the area concerned. Such are its effects that more and more physiotherapists are familiar with and use Transcutaneous Electrical Nerve Stimulation, otherwise known as TENS, to combat pain in the back.

We’ll wrap up today’s post by taking you through the physical exercises that will help you if you have a curved spine: we’re talking about yoga. Its asanas, postures and body movements will enable you to soothe pain and discomfort. In addition, and no less important, you’ll learn to maintain a more natural posture, which will directly benefit your back.

If you decide to practice this discipline, it is important that you do it under the supervision of a yogi with experience in these situations. Otherwise, you might end up harming yourself in one of the poses.

To round things off, we’d like to remind you that you are able to lead a normal life with this skeletal issue. You’ll even have the opportunity to play sports. However, it is important to have ongoing monitoring by a doctor, especially during an individual’s growing phase.Medical observation, the use of a brace or surgery as a last resort are the applicable solutions. And of course, playing sports which are suitable for scoliosis, as well as electro-stimulation on the back. Did you like this article? On our blog we have lots more!

How can I have more energy while doing sport?

What is stiffness and how can you treat it with Electro-stimulation?

How to strengthen your muscles with Electro-stimulation 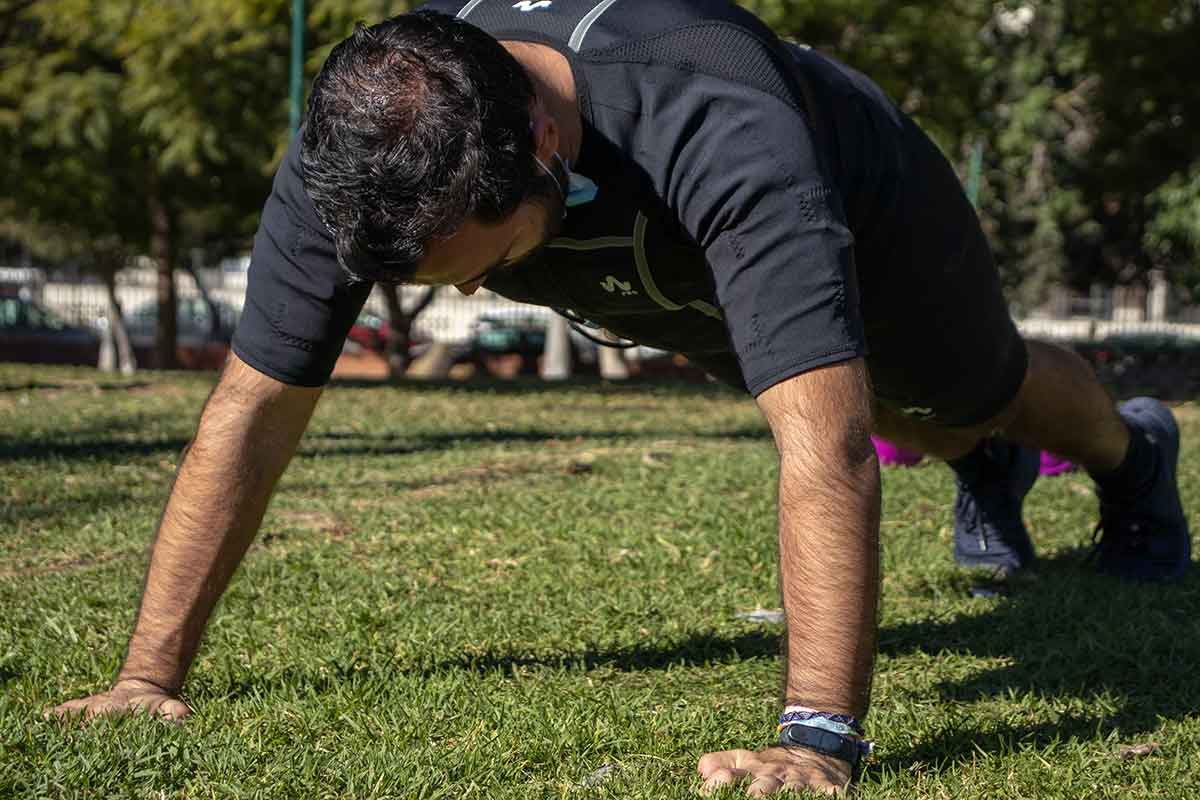 Everything you need to know about scoliosis

What you need to know about your metabolism

PrevPreviousThese are the keys to healing a sprained ankle
NextWhat is stiffness and how can you treat it with Electro-stimulation?Next

How can I have more energy while doing sport?

What is stiffness and how can you treat it with Electro-stimulation?

How to strengthen your muscles with Electro-stimulation